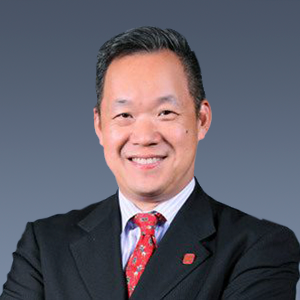 Mr. Chou is a seasoned finance and operations executive with more than 30 years of professional experience from banking to various senior leadership positions with Fortune 500 companies and Asia headquartered U.S. listed companies. He has been serving as an independent non-executive director, the chairman of the audit committee and a member of the remuneration committee of MicroPort Scientific Corporation (微创医疗科学有限公司), a company listed on the Stock Exchange (stock code:00853), since September 3, 2010.

Mr. Chou worked at Kulicke and Soffa Industries, Inc. (a company listed on the NASDAQ under the trading symbol of “KLIC”), a leading provider of semiconductor packaging and electronic assembly solutions supporting the global automotive, consumer, communications, computing and industrial segments, from December 2010 to February 2018 and held position of chief financial officer from December 2010 to November 2017. From April 2008 to December 2010, Mr. Chou served as the chief financial officer of Feihe International, Inc. (a company listed on the New York Stock Exchange in April 2005 under the trading symbol of “ADY”, and the predecessor company of China Feihe Limited, a company listed on the Stock Exchange in November 2019 with stock code of 6186), during which period he led the company’s listing application. Prior to joining Feihe International, Inc., he also served as the chief financial officer of Asia Pacific and various senior financial positions for several Fortune 500 companies, including Honeywell, Tyco ADT, Lucent Technologies / Bell Labs and Public Service Enterprise Group.

Mr. Chou is also a founding member and the chief financial officer of Open5G Inc. where he is primarily responsible for finance, legal and business administration of the company. The company is now pursuing a new open-access business model bringing giga plus fiber connections to homes and businesses by competing in the telecom infrastructure industry.

Mr. Chou was a recipient of the “China’s Top 10 CFO for 2008” award issued by the CFO World Magazine in April 2009 for navigating through the 2008 global financial crisis.

Mr. Chou gives back his time to non-profit organizations by serving on the board of directors of Emerging Markets Investors Alliance (EMIA) since 2019. EMIA enables institutional investors to support good governance, promote sustainable development and improve investment performance in the governments and companies in which they invest. He also serves on the Fuqua School of Business of Duke University’s East Asia Advisory Board since 2011 and served on the Duke University Alumni Association’s Global Board of Directors from 2015 to 2018.